I am Will.
Learn more
4 minute read

William Green
0
0
0
This case study, if you have the AQA Business Studies for AS, is on page 130. The main topic this case study is based on is integrated finance, cash flow problems, profit margins, overdrafts, and ways of increasing profit.
Total
0
Shares
0
0
0 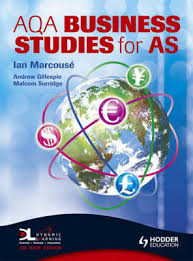 DeDeLicious Ltd produces luxury chocolates that are sold mainly through independent stores and delicatessens. The business was set up in 2003 and its head office is in the centre of Oxford. The company’s turnover this year is expected to be £400,000. It’s net profit margins have generally been around 20%, until recent increases in the cost of milk and pay increases for staff squeezed them to 12%. JoJo Salter, the managing director, is also concerned about the cash flow difficulties that the firm has experienced recently. It’s main customers have been slow to pay for the company’s products despite DeDeLicious reminding them that payment was due on several occasions. JoJo has talked to a bank that provides a factoring service, but dropped the idea when she realised that its charge would amount to 6% of revenues of the business. As she told her finance manager: ‘That will halve our profit margins!’ JoJo is having sleepless night about the financial situation because the company already has a big overdraft.

1) What is meant by the term overdraft?
An overdraft is a short-term borrowing from a bank; the business borrows only as much as it needs to cover its daily cash shortfall.


3) Explain one way in which the company might increase its profits.
DeDeLicious, to increase profits, can change the distribution channel they are using. At the moment, they are only going to independent stores and delicatessens. By expanding their channel to wholesalers will help make their products more available to consumers. However, this means DeDeLicious will be mass marketing therefore will have to increase competitiveness. As their prices are premium, they will have to rethink their marketing mix to help adapt their business and product to bigger and more competitive markets.

4) Analyse two ways in which DeDeLicious might improve its cash flow.
Already, taking an overdraft out is out of the question as they are already using a big overdraft and therefore will have a big interest rate on that overdraft. Therefore, it may be better if the business removes the overdraft.  The first method is to use a loan, which will give the business an ‘injection’ of cash improving cash flow. The interest rate won’t be as high as they are on an overdraft and will be more of a long term solution to their cash flow problem. The second method involves using tighter credit control. Although this may the customers less happy, it is vital for DeDeLicious as they have numerous customers being very slow with their payments. However, this also may stop customers in future from buying for DeDeLicious: customers only came to them because of the casual credit they offered.
Overall, I think DeDeLicious should use a loan to improve their cash flow. Because tightening credit control may dissatisfy customers, the loan is the best option as it deals both with the cash flow problem and doesn’t have a negative effect on the customers. Although tightening credit control won’t cost the business a penny, it may put customers off in future which could result in another cash flow problem: something DeDeLicious do not want.

William Green Author
Will created AskWillOnline.com back in 2010 to help students revise and bloggers make money developing himself into an expert in PPC, blogging, and online marketing. He now runs others websites such as PoemAnalysis.com and RestoringMamods.com . After completing a Masters degree in Automotive Engineering with Motorsport, Will now works at McLaren designing super cars. You can follow him @willGreeny.

Hi! I’m Will and I created Ask Will Online years ago to help myself revise for school exams. Nowadays, I’ev created a passive 5 figure passive income, within 5 years, through SEO and an effective blogging strategy. I share my incites exclusively on Ask Will Online.
Learn more about Will

Pros and Cons of Primary and Secondary Market Research

With both types of market research, there are positives and negatives to them making secondary research more useful…
Read More

For Business Studies A2, it is important to understand what an income statement is, how to analyse the…
Read More